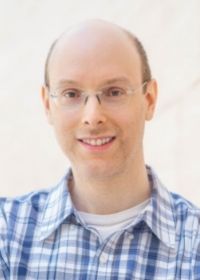 Dr. Dan Winer received an Honor’s BSc in immunology from the University of Toronto, followed by an MD from the University of Ottawa in 2002. He then completed residency training in Anatomical Pathology at the University of Toronto in 2007. Subsequently, Dr. Winer did a three-year post doc in immunology at Stanford University in the laboratory of Stanford Blood Center director, Dr. Edgar Engleman. During this time, Dr. Winer spearheaded a new initiative which identified the adaptive immune system as an important player in the control of metabolic diseases such as obesity related insulin resistance and type 2 diabetes. This work helped promote a new field in biomedical scientific research called “immunometabolism”, and the findings of this work have been identified as being among the top 10 most important “breakthroughs of the decade” (2005-2015) in metabolic sciences (Cell Metabolism). Dr. D. Winer returned to Canada in 2010 and became an Assistant Professor at the University of Toronto in 2011, where he ran an immunology lab associated with the Toronto General Research Institute (TGHRI). He next joined the Buck Institute for Research on Aging, associated with the University of Southern California (USC), as an Associate Professor in 2019. His lab at the Buck Institute investigates how the immune system is altered with aging and how the immune system controls aging and age-related chronic disease. Dr. D. Winer is the recipient of several awards including the Hubert Wolfe Award in Endocrine Pathology, the Benjamin Castleman Award for human pathology research (sponsored by the United States and Canadian Academy of Pathology and the Massachusetts General Hospital), the Amgen early investigator award (Endocrine Society), and a Canada Research Chair in Immunometabolism.

Aging and Chronic Inflammation: an overview, and the role of insulin on immune cells

Aging is associated with an increasing prevalence of most chronic diseases, as well as increased mortality, morbidity and frailty, and reduced quality of life worldwide. With an increasingly elderly global population, aging is creating an enormous and growing health, social, and economic burden. In recent years, research has identified several prime molecular and cellular causes of aging, with one of these causes being a low level of persistent inflammation, called “inflammaging”, within the body. Inflammaging is speculated to drive many chronic diseases of aging, such as cardiovascular, metabolic and neurodegenerative diseases, but is also a main contributor to immunosenescence, the changes of immune cells with age, including a reduction in immunological robustness. Here, in this talk, we will review the major mechanisms by which aging causes of low levels of basal inflammation throughout the body. Some of these mechanisms include cell endogenous causes such as DNA damage, dysfunctional telomeres, epigenetic disruption, mitogenic signals, and oxidative stress. Other mechanisms driving inflammaging including exogenous influences like chronic infections (e.g. CMV), lifestyle-induced obesity, diet and nutrition, social and cultural changes. We will then focus on recent research being conducted by the lab looking at factors induced by an unhealthy Western diet, namely high insulin levels, in driving inflammation with age. Overall, this talk will educate the audience on established and upcoming causes of chronic inflammation with age.